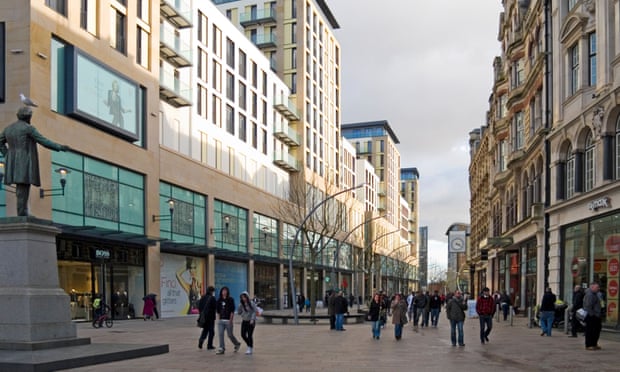 The Guardian — A group of shoppers endured a terrifying ordeal likened to a horror film when they were trapped in a lift that plunged up and down repeatedly for up to 40 minutes..
More than a dozen people were “thrown up and down” as the lift jolted seven floors from the top of a shopping centre in Cardiff on Saturday evening..

One young girl was reduced to tears and suffered a panic attack during the incident..
Taris Chapman, 19, who was trapped in the lift at St David’s shopping centre with her three friends, described the traumatic experience on Facebook..
The teenager, from Rhondda, wrote: “Just to warn others of how dangerous lifts can be. Myself, three of my friends and nine other people were in the lift in St David’s shopping centre this evening when it stopped working... → Full Article